Monkeypox: A Brief Look into a ‘Novel’ Virus

Since March 2020, the COVID-19 pandemic has marked our history. With over 600 million cases and 5 million deaths, the frequent lockdowns, testing procedures, and restrictions have devastated the livelihoods of many families across the globe. As the world still grapples with this virus, non-endemic countries have seen an uptick in Monkeypox, a smallpox-like virus that has spread to countries to most countries at this point.

First found in written descriptions in Chinese texts in the 4th century, the Smallpox virus has spread worldwide due to the increase in trade and globalization throughout the succeeding centuries. As a result, the disease outbreaks occurred almost instantaneously, with many people developing severe symptoms.

With severe rashes and scabs all over the body, estimates project that around 3 in every ten children die due to the inability to find treatments or potential cures for the contagious disease. However, with the introduction of new technologies and medical advances in the 20th century, vaccines became the saving light to reduce the severity of the disease, entirely eradicating the illness in 1980. Nowadays, a wide array of vaccines and drug prescriptions are available in the market, saving millions of lives each year.

However, a new virus, similar to the Smallpox virus, has emerged in some of the most rural and remote areas of Central and West Africa. The ‘Monkeypox virus was first discovered in 1970, right after the eradication of smallpox in the Democratic Republic of Congo in 1968.

Key Features of the Virus

Part of the same family of viruses as Smallpox (Orthopoxvirus genus of the Poxviridae family), the Monkeypox virus is an enveloped double-stranded DNA, which allows it to uncoat and replicate.

Though uncertainty remains on how the virus circulates in nature, various animal species have already been identified as susceptible to the Monkeypox virus: rope squirrels, tree squirrels, Gambian pouched rats, and dormice. Moreover, investigations have shown that the Congo Basin, where the virus was first discovered, has seemingly caused more transmissible and severe cases of the disease.

Scientific studies have proven that Monkeypox can be transmitted through animal-to-human or human-to-human interactions, occurring from direct contact with the blood, bodily fluids, or cutaneous or mucosal lesions of infected animals or close contact with respiratory secretions, skin lesions of an infected person, or recently contaminated objects.

Throughout the past few decades, minor but not severe outbreaks have occurred outside Central and West Africa, with the United States being the unfortunate beneficiary of the disease. In 2003, infected pet prairie dogs housed with Gambian pouched rats and dormice from Ghana were imported to the United States, leading to over 70 cases of the disease. Other than this, the disease has been reported in travelers from Africa from 2018 to 2021, with minor outbreaks in certain people.

Incubation periods for the disease usually range from 5 to 21 days, divided into the invasion period (0 to 5 days), characterized by fever and headaches, to the skin eruption, which are rashes that occur anywhere between 1 to 3 days after the appearance of fever. Though looking very grim and scary, this virus is a self-limiting disease, with symptoms lasting anywhere from 2 to 4 weeks. Severe cases of the disease occur but are most commonly found in children, with the overall case-fatality rate around 3 – 6%.

Overall, prevention from the virus involves the proper surveillance and monitoring of suspected cases in humans and animals, especially those unprotected, sick, or dead. Restrictions in animal trade and isolation of imported non-primates play a key role in preventing the disease from spreading. Also, vaccination programs among human target groups will greatly help.

All in all, though Monkeypox seems less severe and deadly compared to its predecessor, the importance of keeping a watchful eye on the disease’s potential spread and future variants cannot be underestimated.

Want to become more knowledgeable about genomics? Be invited to visit our PHIX Academy and check out our free introduction courses. For questions, you are invited to Contact Us.

© 2017 - 2020 PHIX GENOMICS. All rights reserved.
This website uses cookies to improve your experience.
We'll assume you're ok with this.
ACCEPT 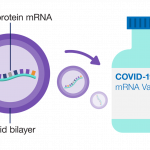