In this age of the global pandemic, the field of healthcare and medicine have been pushed to the forefront in order to combat the rising threat against public health by COVID-19. As you know, COVID-19 is an infectious disease caused by the virus SARS-CoV-2 from the superfamily of coronaviruses.

There was an urgency to develop safe, working vaccines in order to curb the rapid spread of the virus around the world. One of the new technologies used in creating the COVID vaccines is mRNA vaccine technology. The potential of mRNA vaccine technology has been studied since 1990 due to the nature of mRNA transcription which does not require entry to the nucleus. This technology has been used in many of the currently available vaccines (Rosa et al., 2021).

mRNA vaccines are just an example of RNA-based gene therapeutics. RNA-based therapeutics is a revolutionary discovery that many researchers have been touting as the future of personalized medicine (Damase et al., 2021). One of the greatest obstacles in drug development is the fact that only 10-14% of proteins can be considered “druggable – “ or contain an active binding site that can be used as a drug target. But with the advent of nucleic acid-based therapies and – specifically – RNA therapeutics, this problem is solved by instead, making use of the translation mechanism found in mammalian cells (Damase et al., 2021).

One of the major imperatives of therapeutics is to devise a way to develop therapeutic agents without further harming the body. To do this, the concept of targeted drug delivery has been recognized as one of the best ways to minimize the impact of drug payloads by localizing its release in only the specific area where it is needed.

An ideal drug delivery system (DDS) should remain stable while carrying the drug payload until it reaches the target where it then releases the drug payload in a controlled manner to achieve maximum efficiency. On top of this, the DDS should be non-toxic – or at least have low toxicity, non-immunogenic (will not trigger an immune response/allergy), and have no long-term side effects. Currently, the most common materials used as DDSs are polymers (synthetic and natural), lipids, inorganic nanoparticles, hydrogels, biomacromolecules, and live or deactivated microorganisms (Tan et al., 2020).

With the increasingly versatile applications of nucleic acids, RNA-based technologies are now being studied to be used both as therapeutic agents and drug delivery systems (Damase et al., 2021).

The development of RNA drugs primarily focuses on:

Among these, we’ll be focusing on mRNA therapeutics.

Messenger RNAs (mRNAs) serve as the intermediates between the coding genomic DNA and the translated proteins. Essentially, mRNAs are short-lived blueprints of genes that are encoded in the genomic DNA.

For mRNA therapeutics, synthetic mRNA is engineered to mimic naturally occurring mRNA which contains a single-stranded open reading frame (ORF) sandwiched between introns, a 5’ cap used for translation and a 3’ poly(A) tail that is added to increase the stability of the mRNA. This synthetic mRNA is delivered to the cell and translated into protein in the cytoplasm, after which it degrades within minutes to hours, posing no risk of integration into the genome.

RNA therapeutics is simple and is more cost-effective to develop and manufacture as compared to other therapeutic technologies such as recombinant proteins or small molecules. In addition, RNA sequences can be easily modified – allowing for personalization.

There are several therapeutic modalities that utilize mRNA. First is replacement therapy, where mRNA is administered to the patient to compensate for a defective gene/protein or to supply therapeutic proteins. Another is vaccination, where mRNA encoding specific antigens is administered to elicit protective immunity as seen in the current COVID vaccines available today. Last is cell therapy, where mRNA is transfected into the cells ex vivo to alter cell phenotype or function, after which the cells are reintroduced to the patient.

As mentioned above, mRNAs encoding antigens can be used as vaccines to evoke immunity against infectious diseases or to harness the immune system to fight cancers. The COVID-19 pandemic has showcased the utility and advantages of RNA technology for vaccination, as out of all COVID-19 vaccines under development, the first two to have received emergency use authorization by the FDA were RNA-based. The first authorized vaccine was developed by BioNTech in collaboration with Pfizer. Initial clinical trials conducted in Germany helped to identify two leading vaccine candidates, named BNT162b1 and BNT162b2.

BNT162b1 encodes a trimerized receptor-binding domain of the spike protein, whereas BNT162b2 encodes a membrane-anchored full-length spike protein. Both RNA candidates incorporate 1-methyl-pseudouridine, which dampens innate immune sensing and increases mRNA translation in vivo. These were then tested further in the US where the safety and immunogenicity data of these two vaccine candidates in younger and older adults supported the advancement of BNT162b2 into further trials. A large Phase III clinical trial revealed high efficacy with excellent safety, leading to the authorization of emergency use of the vaccine by the US FDA on December 11, 2020.

Aside from RNA therapeutics, the unique properties of nucleic acids are now also being explored as a potential avenue for nucleic acid-based drug delivery systems.

Nucleic acids have not been conventionally considered as a material for drug delivery. That is because in general, nucleic acids are enzymatically unstable, too hydrophilic for cell uptake and payload encapsulation, potentially immunogenic, and are susceptible to cause the prolongation of the blood coagulation pathway. However, recent developments surrounding nucleic acids have made it worthwhile to reconsider their role for drug delivery. These areas include DNA/RNA nanotechnology, which provide the ability to engineer nanostructures with heightened structural control; multivalent nucleic acid nanostructures, which completely reverse certain biological properties of linear/cyclic nucleic acids, and nucleic acid aptamers, which enable antibody-level targeting using an all-nucleic acid construct. These advances, together with nucleic acids’ ability to respond to various stimuli, have led to a rapidly increasing number of drug delivery systems with potential for spatiotemporally controlled drug release.

Aptamers are short single-stranded nucleic acids that can bind to a variety of targets, such as proteins, peptides, carbohydrates, and other molecules, by virtue of the tertiary structure of the aptamer, rather than its sequence.

The issue of targeted delivery in order to reduce damage to healthy tissue has been the major goal for DDS development. Here we will discuss how the development of aptamer-drug conjugates (ApDCs) changes the game for targeted drug delivery.

Nucleic acid aptamers are affinity binders that consist of single-stranded oligonucleotides generated under defined conditions through repeated rounds of in vitro selection. In this process, initial nucleic acid binders against specific molecular targets are separated from a large randomized oligonucleotide library and then amplified via PCR. High-affinity candidates are further enriched through additional rounds of selection and are eventually sequenced. These aptamers fold into unique three-dimensional shapes, which allow them to bind to their targets through non-covalent interactions. Compared with antibodies, aptamers offer significant benefits in their ability to be chemically engineered, modified, and synthesized on a large scale. Thus, various mechanisms of drug loading can be utilized using ApDCs.

For example, the secondary structure of an aptamer can be exploited as drug loading sites by strand hybridization or intercalation. Rossi et al. reported a pancreatic cancer RNA aptamer (P19) that was loaded with either monomethyl auristatin E (MMAE) or maytansine 1 (DM1) by hybridization via a sticky end. These two antimitotic agents failed as drugs themselves due to a lack of sufficient tumor specificity and unacceptable levels of systemic toxicity. The authors used a truncated version of P19 aptamer (tP19) and engineered the ligand with a sticky sequence at the 5′ end to allow for hybridization with a sequence bearing MMAE or DM1. The ApDCs were quickly recognized and internalized by pancreatic cancer cells, leading to a dose-dependent inhibition of cell proliferation. Additionally, a low cytotoxicity level was observed for non-cancer cell lines, suggesting that the aptamers can be an effective alternative to antibodies to achieve targeted delivery.

What will be next?

Want to become more knowledgeable about genomics? Be invited to visit our PHIX Academy and check out our free introduction courses. For questions, you are invited to Contact Us. 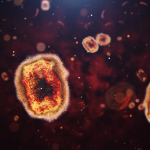 Monkeypox: A Brief Look into a ‘Novel’ VirusGenomic News