The number of pregnancies affected by cystic fibrosis, fragile-X syndrome and spinal muscular atrophy, when grouped together, is comparable to the risk for Down syndrome, Australian research has found.

The research, published in the journal Genetics in Medicine, shows that screening for these diseases should be offered routinely by health professionals, the scientists conclude.

The study, led by David Amor of the Murdoch Children’s Research Institute (MCRI) in Melbourne, examined the results of a pioneering multi-disorder genetic carrier screening service introduced in the state of Victoria in 2012. The dataset comprised 12,000 screens looking for the three conditions.

The results found 610 carriers for one or more of the conditions, 88% of whom had no family history of them. The highest carrier screen was for cystic fibrosis, followed by spinal muscular atrophy, and then fragile X syndrome. Eight individuals were carriers of more than one condition.

The researchers also tested the partners of 94% of the cystic fibrosis and spinal muscular atrophy carriers.

In total, 50 couples – that is, 0.42%, or one in 240 of the total number of couples – were at risk of having a child affected by one of the conditions – and 32 were pregnant at the time of testing. Of these, 26 opted for further investigations, revealing seven actually affected.

In all, about one in 1000 of the pregnant women screened had an affected pregnancy – which the researchers say is comparable for the estimated incidence of Down syndrome.

Testing for Down syndrome has been available and widely used in Australia for two decades.

Cystic fibrosis screening was introduced as an option in 2006, and the combined three-condition test, using a blood or saliva sample, became available in 2012. However, the researchers say that they are not generally offered to couples by doctors, because there is a common misconception that the conditions only arise if there is a history of them in the family.

The researchers call for the widespread introduction of the screening tests, as well as the establishment of counselling services for people affected by the results.

“It’s important that all carriers are given the option of genetic counselling so they can discuss the implications of their results with an expert,” says first author Alison Archibald, from the Victorian Clinical Genetics Services. 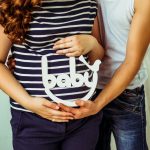 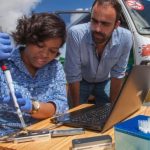 How knowing your genetic code could lengthen your lifeGenomic News, Health, Lifestyle